Cheaply to Iceland via Air Berlin in the summer 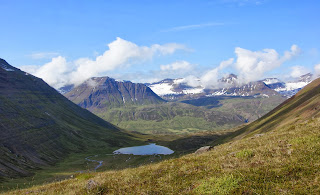 Making your grand plans for your dream vacation in Iceland, but not wanting to spend much on your air travel?

We have great news from Air Berlin flying to you for the summer season of 2014, but you will have to be fast booking, as there´s only limited number of seats available for less than 100 EUR per leg.

The flights are available between June and September and there´s no limit for the length of your stay.

We´ve checked a few options and as of today (December 31st), these are just 2 examples to give you an idea of what's there for you:

Not bad, is it? And we´re talking Air Berlin here, a kind of low cost that is ready to talk to you, unlike some other low cost airlines. So what are you waiting for? At least go and check it out.
Posted by GO local in Iceland at 4:22 PM